Pale Fire by Vladimir Nabokov ‘Nabokov helps us remember that we can only respect what we can notice, and that it is often 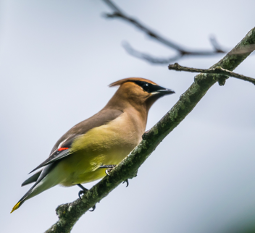 ‘Nabokov helps us remember that we can only respect what we can notice, and that it is often very hard for us to notice that other people are suffering. He also reminds us of the main reason why it is so hard: we all spend a lot of time inventing people rather than noticing them, reshaping real people into characters in stories we tell ourselves about ourselves, stories about how beautiful and rare we are.’

Pale Fire is a great work of 20th Century literature, and a deeply humane novel. It’s a personal text borne out of Nabokov’s own suffering: a meditation on love and loss; a contemplation of his physical and linguistic exile. Although the story’s humanity is often hidden by elaborate linguistic games, its tenderness is forever present.

The book centres around a 999-line poem by a mid-century American campus poet that tells an elaborate tale of grief with wonderful pathos. Supplementary to the poem is a long, apparently deluded commentary by a manic editor, who appears to have taken possession of the poem. The annotations appear to be the tormented confessions of one man’s theft of another poetic life that create a sly and puzzling a work of literature.

As with Proust’s In Search of Lost Time, Nabokov’s novel is a ‘poioumenon’: a work of art that tells the story of its own making; a novel concerned with the process of its own writing; a book that brings itself into existence.

To register for the study, please use the secure PayPal payment button below to pay £200. Opening notes will be sent shortly after registration.

Long Ago and Far Away: The Norse