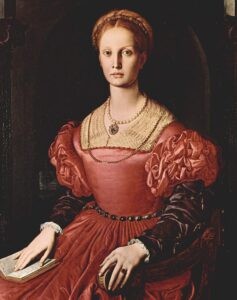 The blurb for the 1997 film based on The Wings of the Dove refers to ‘a stirring tale of passion, greed and deception that has critics raving’. Readers of Henry James will recognise the truth that his novels always have a melodramatic basis to them, but more than one hundred years of literary criticism has also revealed a plethora of complex pleasures offered to readers.

Subtly portrayed psychological and dramatic tensions, a proliferation of poetic imagery and symbol, a rich intertwining of themes and multiplicity of elements (almost always) under the control of an experienced author are all present in abundance. On the surface we find some familiar Jamesian themes: the contrast (never simplistic or partisan) between Americans – New Yorkish and Bostonian – and Europeans (mainly English); a strong sense of the influence of place, chiefly London, as a centre of hypocrisy and human manipulation, or Venice, as a city which stirs up deeply ambivalent feelings about beauty and corruption.

Under the surface, we discover a subtle portrayal of different centres, or ‘registers’ of consciousness; a questioning of the concept of normative gender roles; a sensitivity to Art – in particular the Pre-Raphaelite and Aesthetic movements – and, more generally, to themes of decadence and commodification in European culture. We encounter the mystifying powers of narrative, and the complicity of the author in the values he is critiquing. Add to this the significant appearance of mighty abstract concepts, such as Immortality, Redemption and ‘The Abyss’, and you may feel that the novel must be groaning under the weight of so much interpretation of meaning.

To return to my opening quotation, the deep power of this novel survives all the accumulated critical commentary because it tells a story of young people pursuing love and honour in a society dominated by devious manipulation. Our profound engagement with their plight gives us an experience of the tragic dimension of human experience. The ending – highly perplexing even by Henry James’ standards – has a stunning intensity. We cannot find time to examine all the issues raised over the years, but all of us can experience the pity and terror inspired by the novel’s protagonists.