Angela Carter’s The Passion of New Eve, published in 1977 is, in Carter’s own words, an ‘anti-mythic novel’, which was ‘conceived as a feminist tract about the social creation of femininity’. Three decades on, it has lost none of its shocking rawness with images that are just as disquieting today as when they first emerged from Carter’s iconoclastic mind. In this eerie picaresque tale the author presents us with her feminist study of the ways in which gender is constructed within a masculine order. At every narrative turn, mythological notions of the female form are played out in a dystopian future where political, ideological and moral engagements have shattered. It is, as Carter envisaged, ‘a bitter and quite uncomfortable book to read’ but one that challenges and destabilizes every conception of gender that we collectively hold. It is well worth the uncomfortable ride.

Here is a selection from a review of Passion:

“In ‘The Passion of New Eve’ the women are in control, in fact frighteningly so, and the tone of the novel is utterly different to that of her earlier work. Order and structure are replaced with chaos, representing the world which Carter creates for her readers. It opens with an obsessive monologue from a young man, Evelyn, who admits he has a strange and paradoxical relationship with women: he worships a mysterious screen goddess, but also humiliates the women he meets. This is not an unusual take, but it is dealt with strongly by Carter and one is quickly drawn into the strange world of Evelyn.

“Visiting America, he meets an entirely different kind of woman, one that he cannot dominate or humiliate. In a rapid succession of events, Evelyn is overtaken by a strange tribe of women in the desert, and in a bizarre twist of the most unlikely kind of science fiction, he becomes his own fantasy woman. Through the regeneration of the “New Eve”, Carter explores gender construction and reconstruction, as the misogynistic man becomes a “first woman” in an entirely unexpected manner, and explores an inverted Oedipus complex in which the man becomes his mother and the object of his own desire. Greek tragedy, religion, notions of time and space are all brought into play in this unusual work alongside the gender paradoxes and a notion of redressing the sins of a patriarchal society. Concepts of women and womanhood, particularly as portrayed by Hollywood and the media, are explored with an explicit, tub-thumping lack of subtlety that made the novel unpopular when it was first published…. The Passion of New Eve is a sensual novel full of foods and smells and colors, which acts upon the readers’ senses like a psychedelic drug. This is not always an appealing novel, but it is always interesting, and is key to her later novels.”
Reviewed by: Serena Trowbridge © 2003 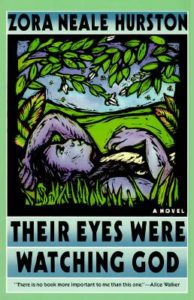