“To crave and to have are as like as a thing and its shadow. For when does a berry break upon the tongue as sweetly as when one longs to taste it, and when is the taste refracted into so many hues and savors of ripeness and earth, and when do our senses know any thing so utterly as when we lack it? And here again is a foreshadowing — the world will be made whole. For to wish for a hand on one’s hair is all but to feel it. So whatever we may lose, very craving gives it back to us again.”

In Marilynne Robinson’s haunting first work, each line is so carefully crafted and ice-sharp. Through Ruth’s narration we learn more about the impermanence of things- people, places, home- and watch her struggle to adulthood with the awareness that nothing stays in place. Ruth’s Aunt Sylvie tries to guide her, but Sylvie cannot break the habits of transience: crackers in her pocket, coat always worn inside, shoes under her pillow- ultimately the home they share welcomes the outdoors – leaves rattle in the corners, birds nest in the cupboards. There is a freedom found here – and this book reveals profound possibilities in a spare world. Robinson’s gift is to expand out ideas about the deepest moorings of our being. Below we offer some of the feedback  from one of our Paris Salons and words from the book itself. It is a magical read.

“I have been meditating for years to loosen those boundaries we mentioned last night between real and imagined, (maybe to transubstantiate ????) and this was the first time all of it seemed to come up in a book.  I so appreciated the flow and the resonance of our discussion, that we all knew what we were talking about and had yet another point of view on the same scene.”

“What a rollercoaster ride! Sometimes I felt as if Robinson took us so far under (or upside down) that we wouldn\’t be able to come up for air. But Toby was there with her rubber ducks and rescue buoys.”

“First a thousand thanks for the reading of that extraordinary book and for such a deep, wide ranging and enriching discussion on Saturday! I did want us read out aloud the following, which I felt was one of the most extraordinary  – in every sense of the word – and highly significant passages in the book. But somehow there was so much being said there didn’t seem to be time to put this forward!”

From Chapter 4 of Housekeeping (P. 73 in Faber edition):

(This is during the scene of the flood of Fingerbone)

“During those days Fingerbone was strangely transformed. If one should be shown odd fragments arranged on a silver tray and be told, \’That is a splinter from the True Cross, and that is a nail paring dropped by Barabbas, and that is a bit of lint from under the bed where Pilate\’s wife dreamed her dream,\’ the very ordinariness of the things would recommend them. Every spirit passing through the world fingers the tangible and mars the mutable, and finally has come to look and not to buy. So shoes are worn and hassocks are sat upon and finally everything is left where it was and the spirit passes on, just as the wind in the orchard picks up the leaves from the ground as if there were no other pleasure in the world but brown leaves, as if it would deck, clothe, flesh itself in flourishes of dusty brown apple leaves, and then drop them all in a heap at the side of the house and goes on. So Fingerbone, or such relics of it as showed above the mirroring waters, seemed fragments of the quotidian held up to our wondering attention, offered somehow as proof of their own significance.”   —Marilynne Robinson, Housekeeping 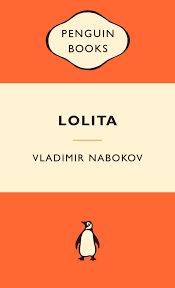